Types of waste and how they are generated

Radioactive materials are distinguished between low-, intermediate-, and high-level radioactivity. Other factors such as the half-life for decay or the radiotoxicity (adverse health effects of radioactive substances) play a role in classifying  radioactive waste.

In addition to radiological considerations (i.e. which radiation exposure the radioactive waste represents), heat generation in particular is a decisive feature. In the search for a final repository, the exposure of the host rock to high heat emission must be considered. Germany has therefore decided to distinguish between two categories of radioactive waste:

Rocks can dissipate heat to different degrees and have different thermal capacities. This means that their positive properties for final disposal could be partially lost if the heat load is too high. A temperature increase of the rocks of less than 3°C can be neglected. This value corresponds to the natural increase in temperature at a depth difference of 100m in mines. For the Konrad final repository, this condition has been laid down in the licensing procedure.

About 95% of radioactive waste originates from research and the operation and decommissioning of nuclear power plants. In Germany, about one third of nuclear waste originates from research institutions and the decommissioning of nuclear power plants from the GDR (German Democratic Republic). Two thirds of the waste come from the plants of energy suppliers. The federal states have a much smaller share because they do not have to decommission large power plants. The federal states are responsible for radioactive materials from industrial companies, university research, and medicine and collect them at regional collection points.

In relation to the quantity or volume of waste after its proper packing (conditioning), the following picture emerges:

What radioactive waste consists of

Radioactive waste refers to radioactive materials that are no longer needed after use and which cannot be used for other purposes. This applies, for example, to spent fuel elements from nuclear power plants. It also includes standard radioactive sources from industrial measuring equipment for recording fill levels as well as numerous radioactive materials from laboratories, companies, and hospitals.

The road to final disposal is long

In order to be able to progressively plan final repository requirements, forecasts on the amount of radioactive waste are necessary. The forecast data are transmitted to the BGE by the waste producers. From the data, a comparison and assessment is made for the expected quantity and the repository volume required. 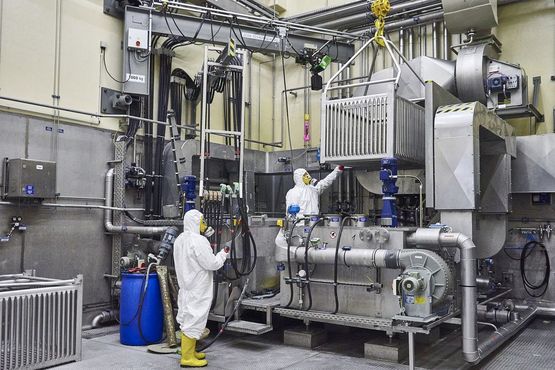 The old GDR nuclear power plants are being decommissioned and
conditioned at the disposal plant for nuclear facilities in Greifswald/Lubmin. 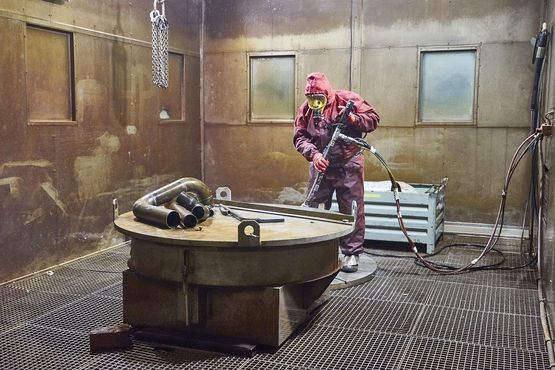