History of the search for repositories

The “Atomic Energy Act” entered into force. The final disposal of radioactive waste was not addressed.

The “Selection Procedure for Repository Sites” (AkEnd) working group established by the Federal Government in 1999 submitted a recommendation for a comprehensible and transparent procedure for the search and selection of repository sites.

For three years, the Gorleben Investigation Committee of the Bundestag dealt with the controversial siting decision for Gorleben as a repository for high-level radioactive waste in 1977. The investigation committee ended with a report by the parliamentary majority and a minority vote of the then opposition. It was not able to agree on a common assessment of the location decision.

With the Energy Concept of 6 June 2011 and thus the phasing out of nuclear energy by 2022, the German government decided to develop a new process based on geological criteria.

The “Repository Site Selection Act” (StandAG) entered into force. The aim of the site selection procedure was to find a site for a geological repository for radioactive waste, especially heat-generating waste, in a science-based and transparent procedure.

The exploration work in the Gorleben salt dome was completed.

The “Storage of High-Level Radioactive Waste” commission (short: repository commission) started its work in 2014. The board of experts, which was composed of equal numbers of members from the Bundestag and Bundesrat, was to clarify central aspects of the final disposal of radioactive waste, especially heat-generating waste. Further objectives were the review of the StandAG itself as well as the clarification of how the process of repository search was to be organised and which criteria were to be applied. The Repository Commission submitted its final report in 2016.

The “Act on the Reorganisation of the Organisational Structure in the Area of Final Disposal” entered into force. The operational tasks of siting, construction, and operation of the repositories, the Asse II mine, and the Gorleben mine were to be bundled in a state-owned company, the Bundesgesellschaft für Endlagerung mbH (BGE).

The Federal Office for the Safety of Nuclear Waste Management, (BASE) (external link) (designation since 1 January 2020) was to be the regulatory, licensing, and supervisory authority for transport as well as the interim and final disposal of radioactive waste.

The “Commission on financing the nuclear phase-out” (external link) set up by the Federal Government submitted its recommendations: According to this, the energy companies were to transfer some € 23.3 billion from the reserves set aside to a state fund. In return, the Federal Government was to bear the responsibility for interim and final disposal and would finance this by means of the fund.

Based on the Final report of the Repository Commission (external link), an Amendment of the StandAG was adopted by the Bundestag and Bundesrat in March 2017. The StandAG then stipulated a multi-phase search for a site with the best possible safety and comprehensive public participation, particularly in the siting regions affected. Among other things, it defined scientific exclusion, minimum, and consideration criteria, established a learning procedure that allows decisions to be revised, and stipulated the retrievability of the emplaced waste for a longer period of time.

Like Asse-GmbH and Deutsche Gesellschaft zum Bau und Betrieb von Endlagern für Abfallstoffe mbh (DBE), parts of the Federal Office for Radiation Protection (BfS) were merged into the new Federal Company for Final Disposal (BGE) at the end of 2017. The expertise on final disposal was to be bundled in the new company. The BGE became responsible for all sites at which low- and intermediate-level radioactive waste was to be or had already been stored, the search for a repository for high-level radioactive waste, and the tasks of product control of waste containers.

On 5 September 2017, the BGE started the site search with a kick-off event in Berlin. Speakers included the then Federal Environment Minister, Dr Barbara Hendricks, the President of the BfE, Wolfram König, and the Chair of the National Civil Society Board (NBG), Dr Klaus Töpfer.

Query and evaluation of the underground data available at the geological services of the federal states and the Federal Government. First application of the exclusion criteria, the minimum requirements, and the geoscientific consideration criteria. 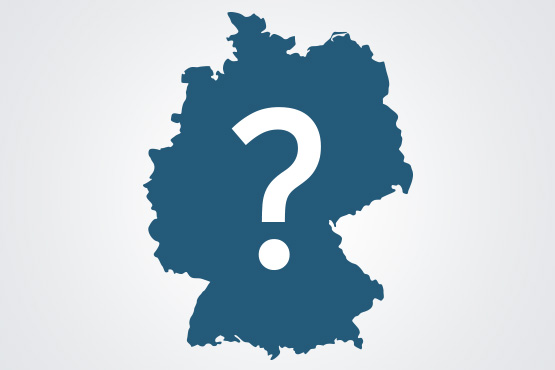