Radioactive waste for the Konrad repository

The Konrad repository is licensed for a volume of 303,000 cubic metres of packaged low- and intermediate-level radioactive waste (according to the licence: radioactive waste with negligible heat generation). This waste must not exceed a radioactivity of 5 x 1018 becquerels (5 quintillion decays of atomic nuclei per second) of beta and gamma emitters or 1.5 x 1017 becquerels (150 quadrillion decays of atomic nuclei per second) of alpha emitters. The radioactivity of the waste destined for Konrad makes up less than one percent of the radioactivity of all waste arising in Germany.

The safety analyses produced requirements that must be adhered to during the future delivery of waste containers. These requirements have been enshrined in the final disposal conditions for Konrad, and compliance with them is monitored within the framework of product control: waste containers can only be emplaced if they have undergone product control by the BGE and been approved for final disposal.

Section 3(3) sentence 3 of the Waste Management Transfer Act (EntsorgÜG) – which was adopted by a large majority of the German Bundestag on 27 January 2017 and entered into force on 16 June 2017 – permits the BGZ Gesellschaft für Zwischenlagerung mbH to “construct a central logistics hub for radioactive waste with negligible heat generation as a receiving warehouse for the Konrad repository”.

Plans for the logistics centre for the Konrad repository are being drawn up by the BGZ Gesellschaft für Zwischenlagerung, which intends to build and operate the centre on the site of the decommissioned Würgassen nuclear power plant. Further information can be found on the corresponding topic page from the BGZ (external link, German only). 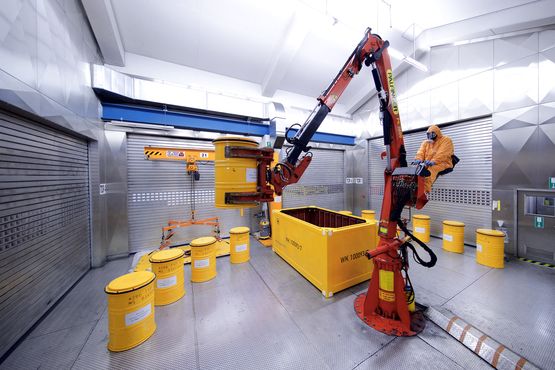 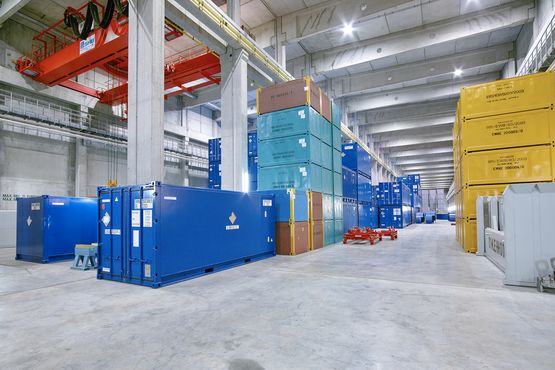 As seen here in Lubmin, radioactive waste must be stored in approved and monitored interim storage facilities until final disposal