The Morsleben repository had a turbulent history prior to becoming the GDR’s central repository for low- and intermediate-level radioactive waste in 1971. On reunification, the federal government took over responsibility for the repository and continued emplacement operations between 1994 and 1998. An application has now been made for the repository’s decommissioning, and a decision is pending.

From 1898 to 1969, the Marie (Beendorf) and Bartensleben (Morsleben) mines, which make up today’s Morsleben repository, were used for the extraction of potash and rock salt. The Bartensleben shaft was constructed shortly after the Marie shaft, and the pits were connected underground.

Used for military purposes by the National Socialists, the mine served as the site of underground arms production during the last two years of World War II, among other things. This manufacturing was primarily carried out by concentration camp prisoners, who were housed in terrible conditions in Beendorf in a subcamp of Neuengamme concentration camp.

After World War II, the Marie mine was temporarily used for chicken production (1959 to 1984) and the interim storage of toxic chemical waste (1987 to 1996). This took place in parallel to the emplacement of low- and intermediate-level radioactive waste in the Bartensleben mine (from 1971 onwards).

Repository of the former GDR

After the former GDR began operating nuclear power plants from the mid-1960s onwards, there was also a need for a repository for radioactive waste. High-level radioactive waste was taken back to the Soviet Union as agreed in a corresponding treaty.

In 1971, the Bartensleben shaft in Morsleben was approved as a repository site, having been selected following an assessment of 10 other mines. Mining technology was used to emplace the first radioactive waste on a trial basis in 1971 within the framework of a second licensing procedure. It was not until later, with the issuing of a permanent operating licence, that the repository was licensed to operate on a lasting basis and underwent structural preparations. A three-year trial operating period began in 1978. Following the issuing of a licence for fixed-term permanent operation in 1981, the mine was licensed for indefinite permanent operation in 1986. This permanent operating licence still serves as the fundamental basis for operating the repository, which is being kept open pending decommissioning.

By virtue of the German Unification Treaty, the Morsleben repository came under the sphere of responsibility of the Federal Republic of Germany as part of the reunification process. The Federal Office for Radiation Protection (BfS) became the operator of the repository. Legal disputes continued to influence subsequent emplacement operations, which only ran for a few years from 1994 onwards. The Higher Administrative Court of Magdeburg put a stop to emplacement operations in part of the repository (the eastern field) in 1998.

In 2001, following a reassessment of the site, the BfS irrevocably waived the acceptance and emplacement of further radioactive waste at Morsleben.

From 2003 to 2011, the legacy of the mine’s past made itself apparent at the Morsleben repository. Stabilisation work was needed in the central section of the Bartensleben pit as a result of the large number of rock-salt mining faces that had been present in a small space for a long period of time.  Accordingly, 27 faces were backfilled with special concrete (salt concrete) in order to ensure lasting suitability for decommissioning. Otherwise, the advancing deformation of the rock could – in the long term – have damaged the impermeable cap rock between the repository and the overburden.

In 2005, the BfS submitted the “Decommissioning Plan” along with all legally required documents to the competent licensing authority – the Saxony-Anhalt Ministry of Environment. The documents had to be revised by the BfS and were then published by the licensing authority in 2009. The public hearing took place in 2011.

In April 2017, the BGE took over operating responsibility from the BfS as part of the restructuring of final disposal activities. The aim is still to decommission the repository with the waste left in place. 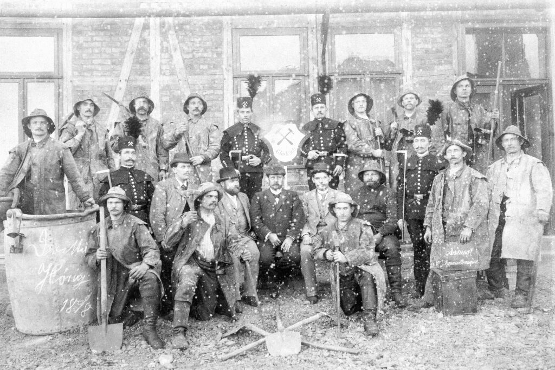 Beginning in 1898, the Marie shaft in Beendorf was built by miners working with shovels, pickaxes and buckets. 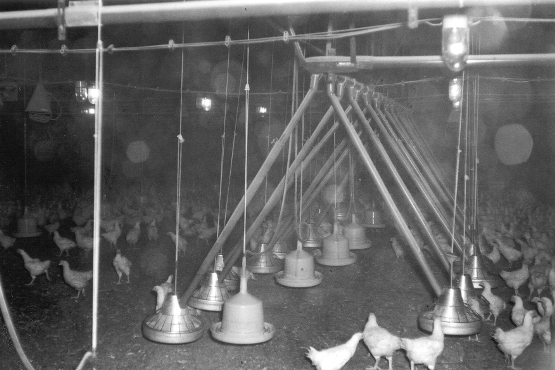 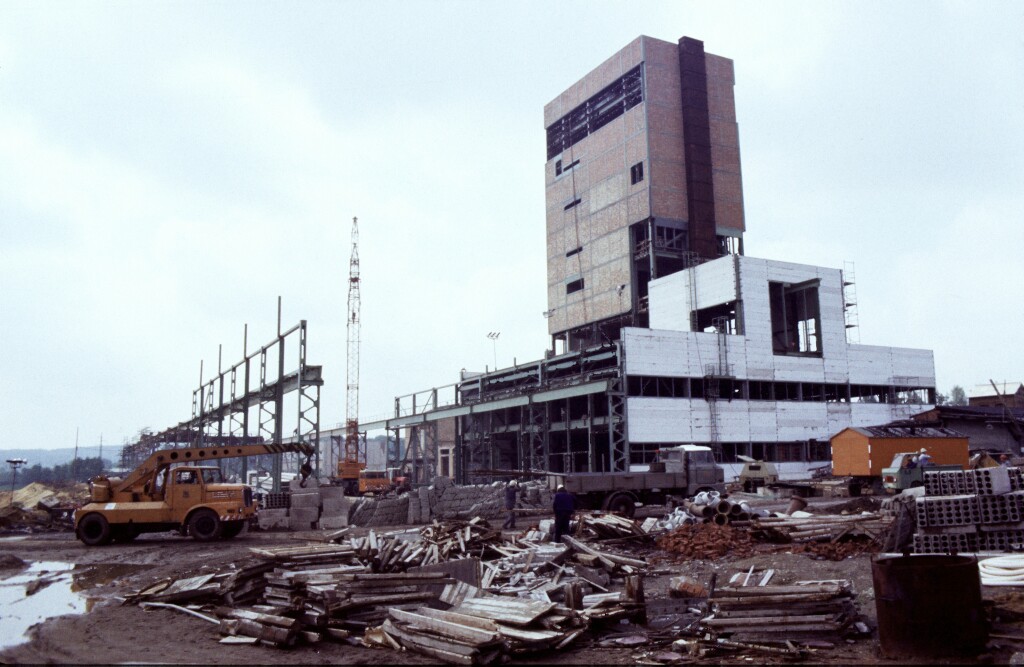 From 1974 to 1978, the mine was converted into a repository. The image shows the construction of the main building in 1977.