Licensing of the Konrad repository

Following the initial idea of using the Konrad mine as a repository for low- and intermediate-level radioactive waste, it was a long time before implementation could begin. The licensing procedure alone took around 20 years and took the form of a planning assessment procedure under nuclear law.

In addition to an environmental impact assessment, the procedure also involved public participation. After the complete planning documents were made available for inspection in 1992, objections were recorded from citizens affected by the plans. These objections and the expert opinions of public-interest bodies (e.g. municipalities, districts, churches) were jointly discussed at an oral hearing.

The aim of the public participation was to enable the licensing authority to make a proper assessment of any objections. This time, there was a key difference from previous repository projects: the licensing procedure under nuclear law requires the operator to prove that no danger will arise from the repository, even in the future, before the first containers of radioactive waste can be emplaced.

Conduct of the licensing procedure

In August 1982, an application to initiate the licensing procedure was made to the Lower Saxony Ministry for Social Affairs by the Physikalisch-Technische Bundesanstalt (PTB), which was the competent body at the time, in agreement with the federal government. The basis for the application was the closing report on the suitability assessment by the Association for Radiation and Environmental Research (now known as Helmholtz Zentrum München). From 1986 onwards, responsibility for licensing fell to the newly founded Lower Saxony Ministry for the Environment (NMU).

The PTB submitted the plan to the NMU in spring 1989. When the Federal Office for Radiation Protection (BfS) was founded in November 1989, it took over this role from the PTB. The Ministry confirmed that the official requirements were met and began making preparations for public participation. The public hearing for Konrad began in Salzgitter-Lebenstedt in September 1992 and ended in March 1993 after sitting for 75 days. The licensing authority began drawing up the planning approval in 1995, and the BfS submitted final documents in 1997.

The “nuclear consensus” of 2000/2001 established that the licensing procedure had been completed in accordance with the legal provisions and that the BfS’s application for an immediate go-ahead was being withdrawn. Out of respect for complainants and the general public, this was not to be presented as a fait accompli until a judicial review had taken place. Following withdrawal of the application for an immediate go-ahead, the planning approval was issued by the State of Lower Saxony in May 2002.

Municipalities, churches, districts and private individuals filed eight complaints against the decision by the State of Lower Saxony. The churches and districts subsequently withdrew their complaints. In March 2006, the remaining complaints from municipalities and farmers were dismissed by the Higher Administrative Court in Lüneburg, and the judges did not grant leave to appeal. A number of complainants then filed a complaint against this ruling to the Federal Administrative Court. The complaint was rejected by the Federal Administrative Court in March 2007. This meant that the planning approval was legally valid and enforceable.

In May 2007, the Federal Environment Ministry tasked the BfS with setting up the Konrad mine as a repository. The BfS then built essential parts of the necessary infrastructure and created the conditions for the awarding of construction contracts. Underground construction work began at the end of 2009. 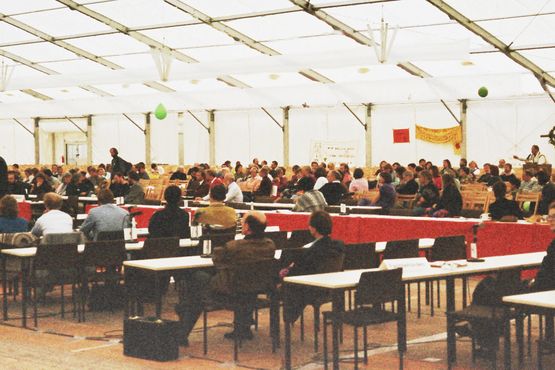 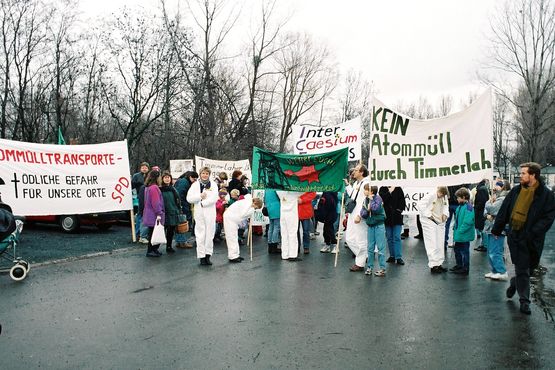