History of the Asse II mine

The Asse II mine is one of three facilities constructed on the Asse mountain range in around 1900 for the purpose of salt extraction, which was discontinued in 1964. The mine was subsequently bought by the federal government in 1965 and, from 1967 to 1978, was used for the emplacement of around 47,000 cubic metres of low- and intermediate-level radioactive waste. Research work was carried out until 1995. Following the completion of this work, preparations were made for the mine’s decommissioning. This was to be carried out in accordance with mining law and without proof of long-term safety. In 2009, the facility was brought under the purview of nuclear law in response to demands from society and politics. Since 2013, there has been a legal mandate for the retrieval of the emplaced radioactive waste. According to current knowledge, this is the only way to ensure long-term safety.

Salt extraction in the Asse II mine

Potash salt was mined in the northern flank of the Asse II mine from 1909 to 1925, when the extraction work was discontinued for financial reasons. The chambers were backfilled during extraction with material arising as part of potash production. The mining of rock salt began in 1916 and continued until 1964. Here, too, mining was discontinued for financial reasons. A total of 131 mining chambers were created in the southern flank and remained open for several decades. The numerous cavities are exposed to geostatic pressure and are now leading to stability problems.

In 1965, the Federal Ministry of Research commissioned the Association for Radiation Reasearch (now known as Helmholtz Zentrum München) to carry out research into the final disposal of radioactive waste in the Asse II mine. The first waste was delivered in 1967. Emplacement was carried out based on the provisions of the Federal Mining Act and the Radiation Protection Ordinance. Around 47,000 cubic metres of low- and intermediate-level radioactive waste were emplaced by the time emplacement finished in 1978. Although the facility was officially operated as a research mine, these emplacement operations effectively constituted the final disposal of almost all low- and intermediate-level radioactive waste from the Federal Republic of Germany from 1971 onwards.

In 1987, the “area below the 800 m level” was created beneath the former extraction mine. This area was used to research whether salt was suitable for the storage of heat-generating radioactive waste. The research work ended in 1995.

Since 1988, water has been entering the mine in the form of groundwater from the surrounding rock. This water is saturated with rock salt and does not lead to the dissolution of salt in the mine.

From 1995 to 2004, the cavities that were still open in the southern flank were backfilled using salt material with a view to stabilising the mine. However, the chosen method did not achieve this aim satisfactorily. In 1997, the former operator presented a framework operating plan for the decommissioning of the Asse II mine. The radioactive waste was to remain in the mine, and no long-term safety demonstration would be carried out. Likewise, no such demonstration was envisaged in the final operating plan presented in 2007.

In 2008, the Federal Ministry of Research and the environment ministries of the federal government and the State of Lower Saxony decided to treat the Asse II mine as a repository. The mine came under the purview of nuclear law in 2009. As well as stricter requirements for operation, decommissioning and radiation protection, the legislation also requires public participation with regard to the facility’s decommissioning. It was for this reason that the Asse-2 Monitoring Group was established in 2008. When the Asse mine came under the purview of nuclear law, the Federal Office for Radiation Protection (BfS) became its operator and was tasked with decommissioning the facility without delay.

In 2010, a comparison of multiple decommissioning options showed that the stipulated long-term safety could only be demonstrated by retrieving the radioactive waste from the Asse II mine. In 2013, the Bundestag (the lower house of Parliament in Germany) passed the “Lex Asse” legislation – the “Law on Speeding up the Retrieval of Radioactive Waste and the Decommissioning of the Asse II Mine” – with the backing of a broad political majority. Retrieval was thereby enshrined in the Atomic Energy Act.

In 2017, within the framework of the restructuring of final disposal activities, the BGE assumed operating responsibility from the BfS. There were no changes to the legal mandate for the retrieval of radioactive waste from the Asse II mine. In April 2020, the BGE presented its retrieval plan, in which it described how it intended to retrieve the radioactive waste. For further information on the retrieval plan, please refer to the main topic on retrieval (German only). 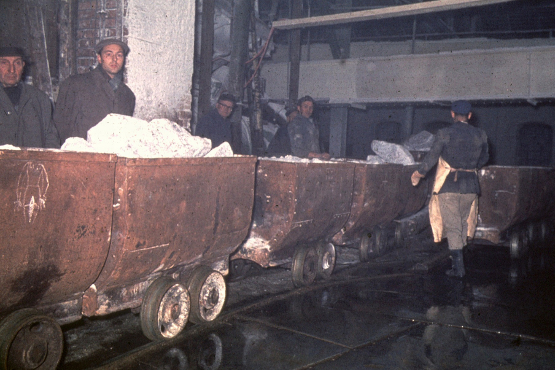 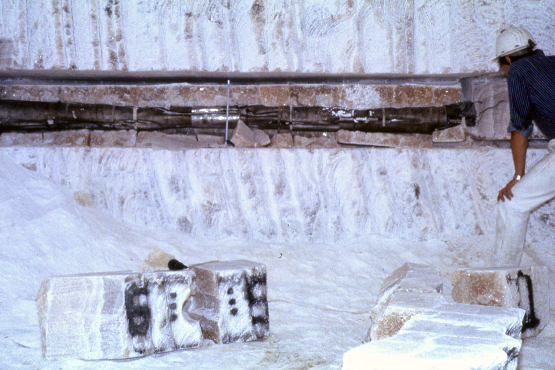 Heating tests were carried out to investigate how salt behaves under the influence of heat. 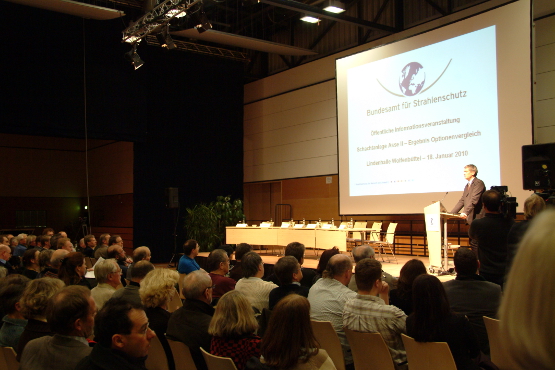 The result of the comparison of options was announced in January 2010.