Actors and tasks in relation to the Konrad repository

Among others, the following actors are involved in the construction of the Konrad repository:

Federal Office for the Safety of Nuclear Waste Management (BASE)

Like the BGE, the BASE was founded as part of the reorganisation of final disposal activities in Germany. Working on behalf of the federal government, it is the regulatory and supervisory authority for the final disposal of radioactive waste and therefore also the supervisor of the Konrad repository under nuclear law. It is the licensing authority for all newly submitted repository projects in Germany.

The BGE is a federally owned company that the Repository Site Selection Act (StandAG) tasks with searching for, constructing and operating a repository for high-level radioactive waste materials. Since April 2017, it has also been the operator of the Asse II mine and the Konrad and Morsleben repositories.

The BGE is responsible for the construction and operation of the Konrad repository as well as its subsequent decommissioning.

The state environment ministry is the competent licensing authority and the highest water regulatory authority in Lower Saxony. It supervises the Lower Saxony State Office for Mining, Energy and Geology (LBEG) from an administrative and technical perspective. The NMU approves operating plans for the Konrad repository by issuing a decree to the LBEG.

As an approval, licensing and supervisory authority under mining law, the State Office is also an immission control and waste management authority for activities and facilities that fall under mining authority control. The LBEG inspects the Konrad repository on a regular basis.

General public and others

As well as individuals, the broader definition of the general public also includes, for example, the City of Salzgitter and the surrounding municipalities, environmental associations and citizens’ initiatives, all of which have a legitimate interest in the work of the BGE. 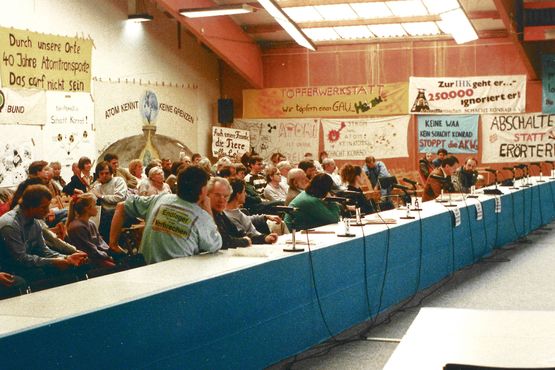