Over 120,000 cubic metres of low- and intermediate-level radioactive waste are currently stored in interim storage facilities throughout Germany. Most of this waste has already been processed and packed in a manner suitable for final disposal, but only a small proportion has already undergone the examination procedures for final disposal. In addition, there are several hundred interim storage containers (Castor containers) containing high-level radioactive waste in German interim storage facilities.

By the end of 2016 (calculation basis), around 15,000 tonnes of heavy metal (uranium and plutonium) had arisen in Germany in the form of spent fuel elements from power reactors. This includes fuel elements from nuclear power plants that are still in operation and from those that have been shut down and partly decommissioned. The Federal Republic of Germany sent around 6,500 tonnes of this waste to France and the United Kingdom for processing.

In addition, research and demonstration reactors have given rise to around 190 tonnes of spent fuel elements that have predominantly been sent for reprocessing. The materials that were suitable for continued use after processing were used for new fuel rods. The radioactive waste that arose during the production of the “mixed oxide fuel elements” from reprocessing has been returned to Germany or will yet be returned.

In Germany, special containers have been developed, tested and approved for the different types of waste. The high-level radioactive materials, which are also highly heat-generating, can be transported and held in interim storage in Castor containers. Other containers are used for less-radioactive waste with negligible heat generation.

The volume of waste from the enrichment of uranium and the retrieval of radioactive waste from the Asse mine can only be estimated. In this context, assumptions are currently being made that are intended to encompass the maximum expected volume. For the waste from the Asse mine, the Federal Republic of Germany has identified an order of magnitude of up to 220,000 cubic metres in its National Waste Management Programme. For the residues from uranium enrichment, this figure comes to 100,000 cubic metres. If possible, a repository site is to be identified for this waste as part of the search for a repository site for especially heat-generating radioactive waste. 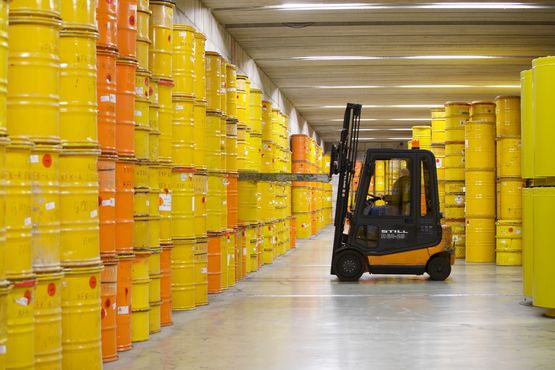 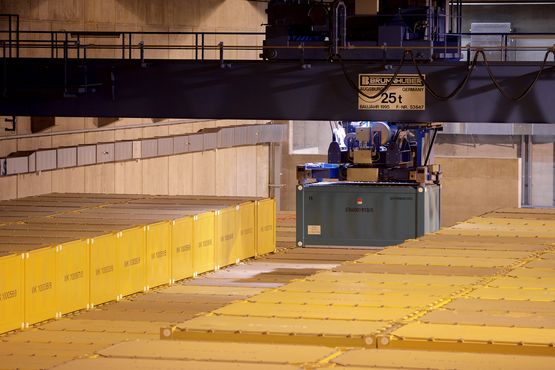 Already today, interim storage facilities throughout Germany hold large quantities of waste that must be placed in final disposal