The members of the Supervisory Board of the BGE were appointed by Federal Environment Minister Svenja Schulze for a four-year term in office. The current 14 members advise and monitor the Management Board of the BGE. Within the framework of this co-operation, the search for a repository for high-level radioactive waste materials and the operation of the Asse II mine and the Konrad and Morsleben repositories will be central topics.

The Supervisory Board meets at least once every six months and must approve the decisions of the Management Board on certain activities. These include measures that could lead to a significant change in business activities within the scope of the articles of association or to a fundamental change in the net assets, financial position, or results of operations of the BGE, including major investments.

Regular reporting by the Management Board to the Supervisory Board is carried out according to Section 90 of the German Companies Act (AktG). It includes, for example, the intended business policy and other fundamental questions of corporate planning (especially financial, investment and personnel planning) as well as the development of the BGE (especially profitability, sales, and the position of the company).

Rules of Procedure of the Supervisory Board 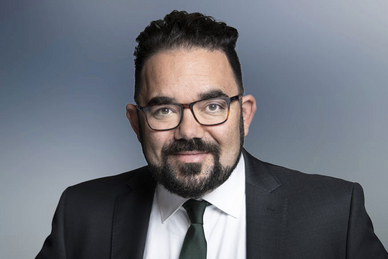 Chair of the Supervisory Board
Parliamentary State Secretary at the Federal Ministry for the Environment, Nature Conservation, Nuclear Safety and Consumer Protection

Since 2021, Christian Kühn has been Parliamentary State Secretary at the Federal Ministry for the Environment, Nature Conservation, Nuclear Safety and Consumer Protection. He has been a member of the Bundestag since 2013 and was a member of the Committee on Housing, Urban Development, Building and Local Government until 2021. From 2009 to 2013, he was regional party leader of BÜNDNIS 90/DIE GRÜNEN Baden-Württemberg. 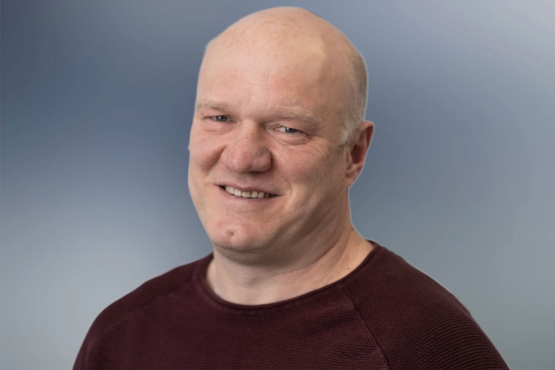 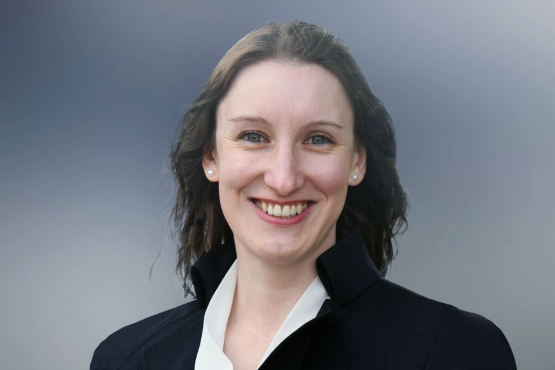 Christina Egelkraut is an employee representative on the Supervisory Board. In 2013, she started as a legal assistant in radiation protection/authorization management at Asse-GmbH. Even after it was merged into the BGE in 2017, she retained this position. She has also been on the Asse works council since 2018 and a member of the BGE economic committee since 2021. 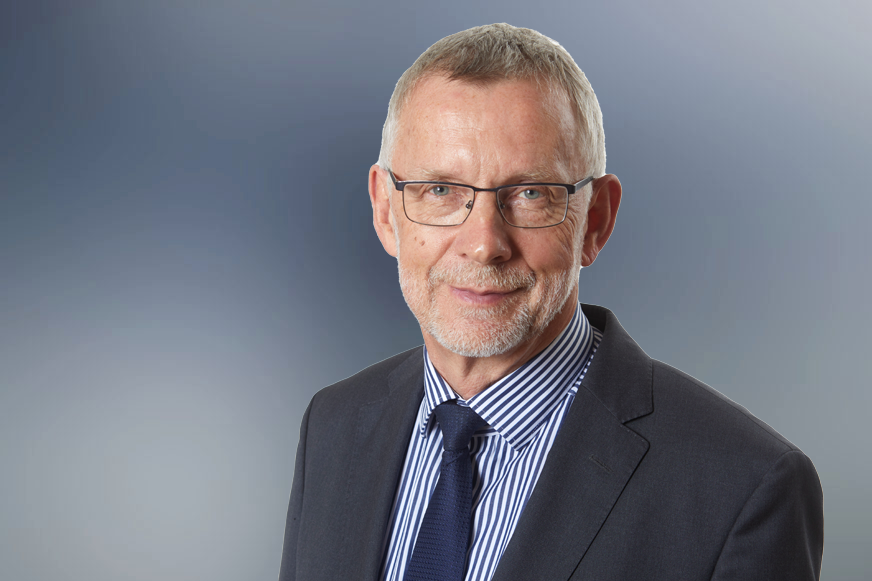 Dr Markus Fritschi has worked at the Swiss National Cooperative for the Disposal of Radioactive Waste (Nagra) since 1991, serving as a member of the Executive Board since 2003 and as Deputy CEO since 2016. Between 1994 and 1997, he was delegated to the Cooperative for Nuclear Disposal in Wellenberg (GNW) in the capacity of technical director. From 1997 to 2021, he was first head of the Repository Projects Division and then of the Communication and Public Affairs Division of Nagra. 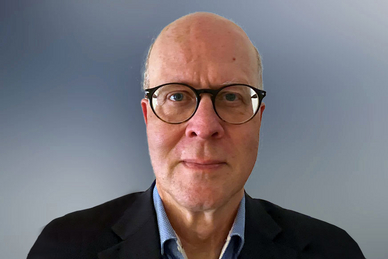 Director at the Federal Ministry for the Environment, Nature Conservation, Nuclear Safety and Consumer Protection (BMUV)

Dr Christian Greipl has worked at the BMUV since 1990 and has led the Directorate S II – Radiological Protection since 2012. Prior to that, he was head of the “Coordination, Technical Supervision of the BfS, Administrative Affairs incl. Administration of GRS Holdings” Division and the “Personnel, Personnel Development” Working Group, among other roles. He is already a member of the Supervisory Board of Gesellschaft für Anlagen- und Reaktorsicherheit (GRS) gGmbH and a member of the Supervisory Board of Helmholtz Zentrum München: German Research Center for Environmental Health (HMGU). 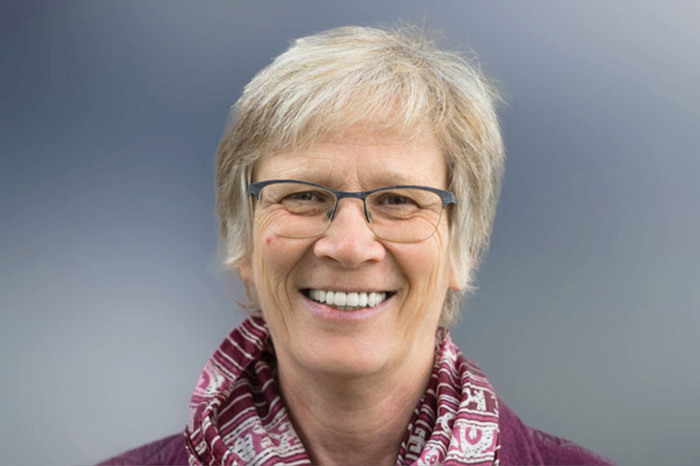 Chair of Resource and Environmental Economics at the University of Bonn

Professor Dr Karin Holm-Müller has held the Chair of Resource and Environmental Economics at the University of Bonn since 1999. From 2008 to 2016, she was a member of the German Advisory Council on the Environment (SRU), the oldest advisory body of the German Federal Government for environmental policy. Most recently, she was deputy chair of the council. From October 2015 to April 2016, she worked in the “Commission for the Review of the Financing of the Phase-out of Nuclear Energy” (KFK) set up by the Ministry of Economic Affairs. The current financing of the search for and construction of repositories is based on the recommendations of this commission. 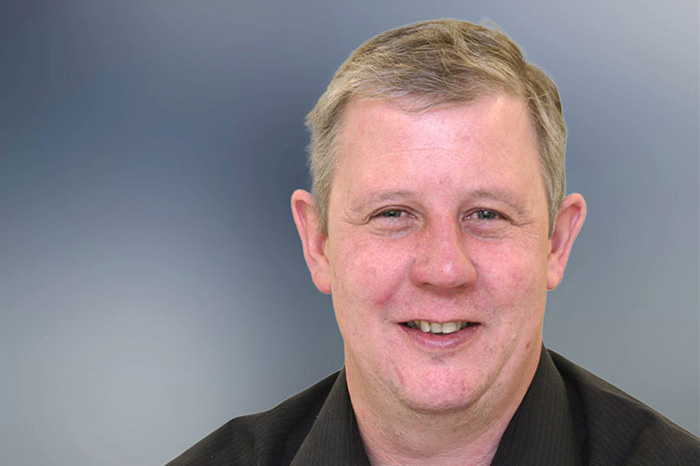 Industrial group secretary for energy sustainability at the Industry Trade Union for the Mining, Chemical and Energy sector (IG BCE) 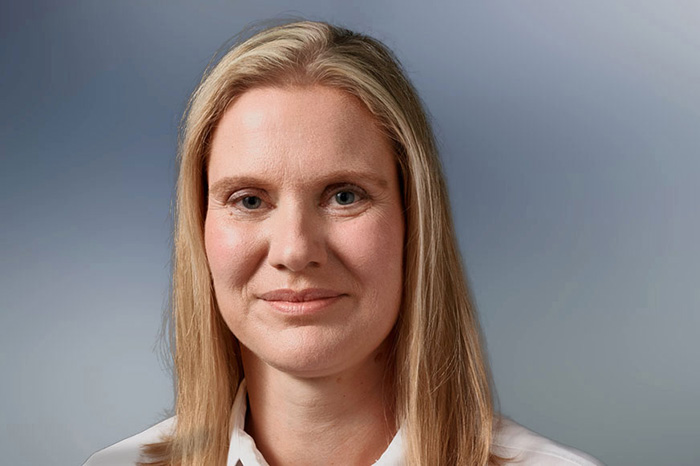 Head of Unit at the Federal Ministry of Finance

Since 2016, Dr Holle Jakob has been Head of the Department for Fundamental Issues of Privatisation Policy at the Federal Ministry of Finance. From 2006 to 2016, the legal specialist was employed in various departments of the Central Department of the Federal Ministry of Finance. In 2015, she spent several months with the German Embassy in Washington on secondment. She studied in Würzburg, Barcelona, and Potsdam. Her first professional station after her doctorate was the Federal Customs Administration. 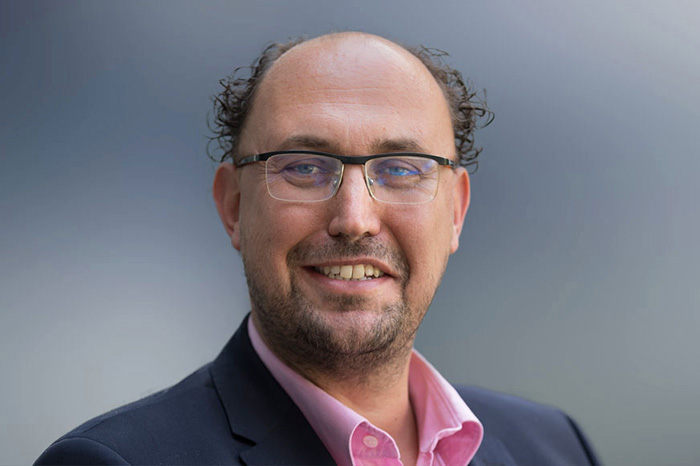 Advisor at the Federal Ministry of Finance

After working as a corporate lawyer, Dr Andreas Kerst joined the Federal Finance Administration in 2005. He was initially head of department at the Chemnitz regional finance office. In 2008, he moved to the central department of the Federal Ministry of Finance and was responsible for the IT of the Federal Finance Administration. Since 2015, he has been responsible for investment management in Deutsche Telekom AG, among other companies, after supporting the service law department of the post office successor companies from 2012 onwards. He studied at the universities of Jena, Hagen, and Münster/Westphalia. In addition to his activities at the Federal Ministry of Finance, he is also a deputy member of the Board of Trustees of the Museumsstiftung Post und Telekommunikation and a member of the Joint Legal Examination Office of the Federal States of Berlin/Brandenburg. 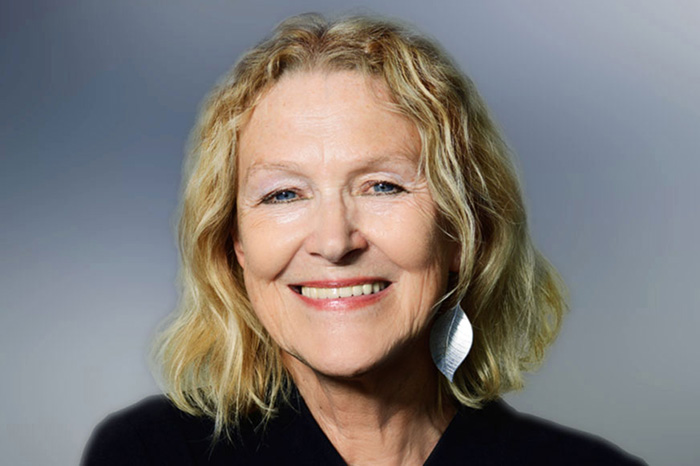 Member of the federal parliament (Bündnis 90/DIE GRÜNEN) and chair of the Committee for the Environment, Nature Conservation and Nuclear Safety

Sylvia Kotting-Uhl has represented Bündnis 90/Die Grünen in the German Bundestag since 2005. From 2009 to 2017, the lecturer and dramaturge was the nuclear policy spokesperson for her parliamentary group. Since 2017, she has been Chair of the Environmental Committee in the German federal parliament. As a member of parliament, she was involved in the development of the “Lex-Asse” as well as the Repository Site Selection Act. She was also a member of the Final Repository Commission. 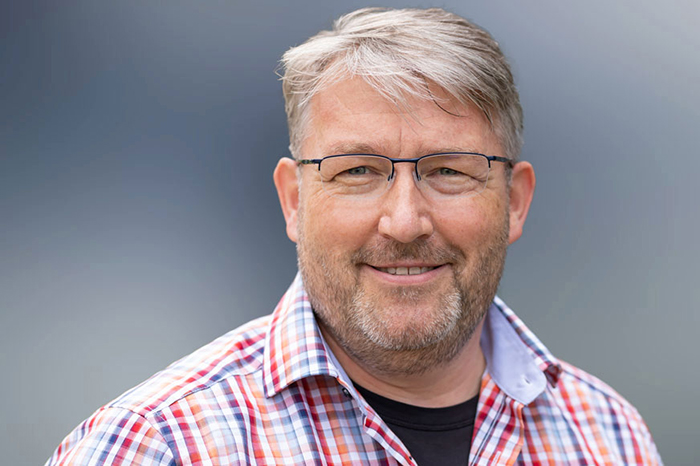 Carsten Meyer is an employee representative on the Supervisory Board. In 2011, he started working for the Deutsche Gesellschaft zum Bau und Betrieb von Endlagern für Abfallstoffe (DBE), which was merged into the BGE in 2017. He was employed in the TEK-TI.2 section as a project engineer for electrical engineering. He has been an alternate member of the works council in Peine since 2014 and a permanent member since 2018 as well as deputy chair of the works council for Peine since 2020. 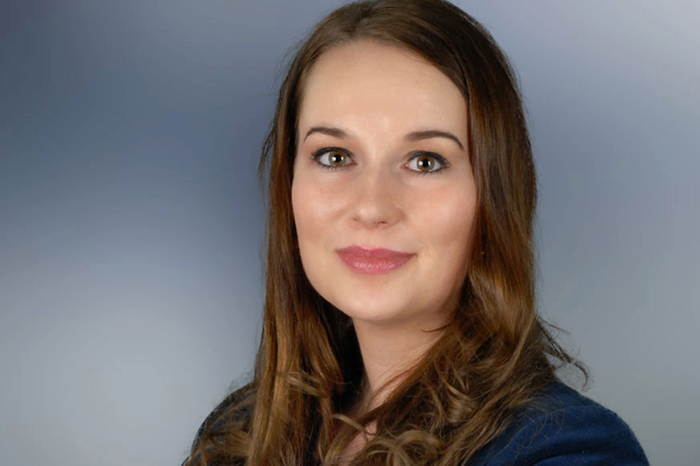 Christina Offermanns is an employee representative on the Supervisory Board. The trained solicitor and notary clerk worked for many years at EON Kraftwerke and has been working at the Konrad mine since January 2014. She has been a member of the works council and its deputy chair since 2018. 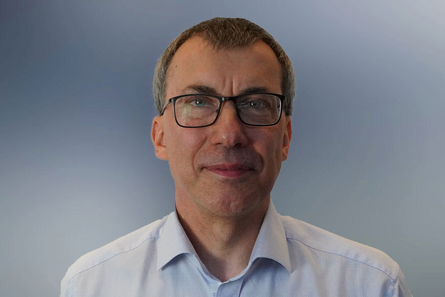 Dr Thomas Schröpfer is an employee representative on the Supervisory Board of the BGE. A mining engineer, he has worked at the BGE (formerly the DBE) since 2008. In this time, he has carried out a variety of planning work for the Gorleben, Konrad und Morsleben sites. He has been group leader for decommissioning planning of the Morsleben repository since 2011. The same year, he was appointed as a member of the Peine subcommittee for the employee suggestion scheme. Prior to that, he worked in hazardous waste remediation in the private sector for some 20 years, holding various management positions. 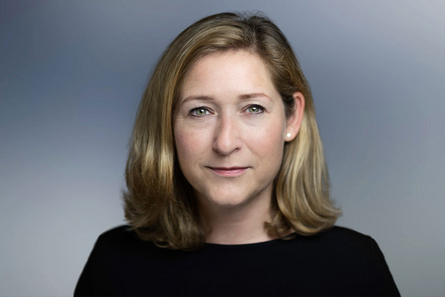 Lilian Tschan has been Permanent State Secretary at the Federal Ministry of Labour and Social Affairs (BMAS) since 2022. Prior to that, she had served as Head of Political Staff at the BMAS since 2018 and was Head of Division (Cabinet and Parliamentary Division) at the Federal Ministry for Family Affairs, Senior Citizens, Women and Youth from 2014 to 2018. From 2011 to 2014, she was Representative for Labour and Social Affairs at the Representation of the Land of Baden-Württemberg to the Federation. 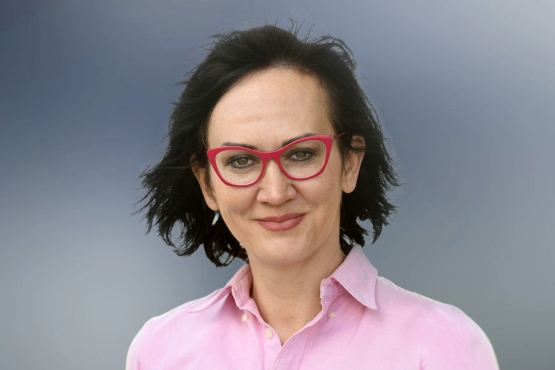 Marike Vornkahl was elected to the supervisory board of the BGE as a trade union representative. The solicitor worked for IG Metall from 2005 to 2008 in both board administration and legal counselling of members. Since 2014, she has worked as a solicitor in the IGBCE – first in the collective bargaining law and structuring section and since October 2021 in the North regional district. In addition to completing a specialist solicitor course for labour law and further training as a mediator, she also completed the IHK examination as a personnel clerk, worked at Salzgitter Flachstahl GmbH as an advisor to the works council, and was a member of the supervisory board of HFC Prestige Service Germany GmbH. 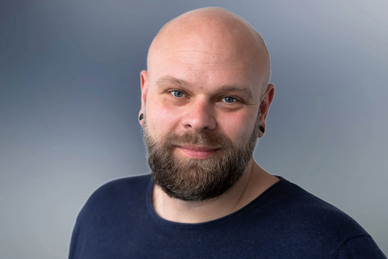 Sebastian Zwetkow-Tobey is an employee representative on the Supervisory Board. In 2004, the trained systems electronics technician joined Deutsche Gesellschaft zum Bau und Betrieb von Endlagern für Abfallstoffe (DBE), which was merged into the BGE in 2017, via Thyssen Schachtbau as a miner and plant operator, initially at the Morsleben and Gorleben sites. Since 2008, he has worked as a miner in mine operations and access solution management at the Asse II mine and has been deputy works council chair there since 2018.