Stability at Morsleben – from mine to repository

In deep geological storage, the host rock – that is, the rock that surrounds the radioactive waste – forms the most important barrier for the protection of humans and the environment from radioactive waste. Mining can potentially weaken this barrier if, for example, it reduces the leakage integrity of the rock. In this case, humans must intervene with technical measures.

To this day, the mine is still classified as stable, meaning that it can be safely operated until decommissioning and that the safe final disposal of waste is possible in the long term. There are two main reasons for this.

Reason 1: The stresses in the salt rock are low

Due to the weight of the overlying masses of earth above the salt rock, the rock is under constant pressure – or, to use the technical term, stress. In the undisturbed salt rock, there is therefore a predominant stress state that is equal on all sides – this is known as the primary stress state. The level of stress increases with depth as the weight of the overlying rock layers also increases.

Excavation of a mine cavity alters this stress state. What exactly this change looks like and how widespread its effects are depends on the size and shape of the mine cavity and on whether further workings have already been developed in the vicinity.

The Morsleben repository is monitored for changes in stress states. In conjunction with other rock-mechanical, mine-surveying and geophysical monitoring measurements, a series of measurements taken at different depths and locations provide data for the creation and verification of geomechanical models. The results show that the stresses on the mine excavations are generally low, resulting in displacements of around one millimetre per year. Areas with greater stress have been stabilised by backfilling measures (see Prevention of mining hazards in the central part). Overall, the stress state in large parts of the mine is very low – partly due to the fact that the generally stable salt is supported by a “skeleton of anhydrite rock”.

Reason 2: Successful stabilisation of the mine cavities

The Morsleben repository is divided into the two interconnected mining fields of Bartensleben and Marie. Whereas the Marie mining field was primarily used for the extraction of potash salt, the miners in the Bartensleben field focussed on the extraction of rock salt. Here, the number and size of the mining chambers were significantly larger with respect to the total volume of the mining field, as the rock salt deposits were more substantial than the potash salt deposits in the Marie pit. In total, cavities with a volume of around 8.7 million cubic metres were therefore created. Today, there are still around 5 million cubic metres of cavities. The cavity volume has been reduced by introducing backfill material and by backfilling mining chambers with salt concrete.

This backfilling was intended to stabilise the mine cavities, and the results of the accompanying geotechnical operational monitoring confirm that this objective was achieved. The successful completion of the prevention of mining hazards in the central part ensures that the stability of the mine will be maintained until the planned decommissioning work is completed. Following decommissioning, the Morsleben repository will be almost completely backfilled with special concrete so that the stability of the host rock is ensured even for long periods of time. 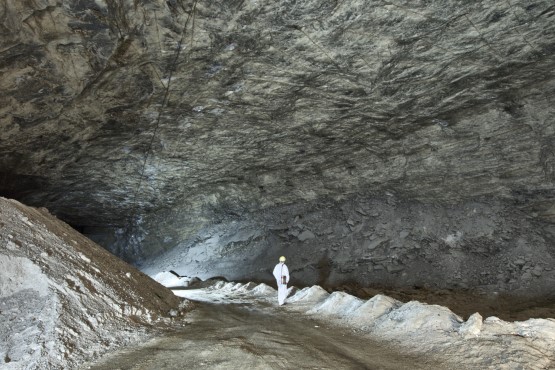 In the Bartensleben shaft, mining activities resulted in the creation of chambers with a volume of several tens of thousands of cubic metres. 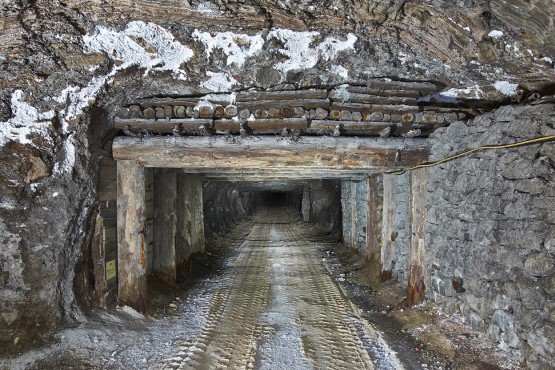 In a gallery section of the Marie shaft, a “square set” secures the ceiling, which is also referred to as the roof 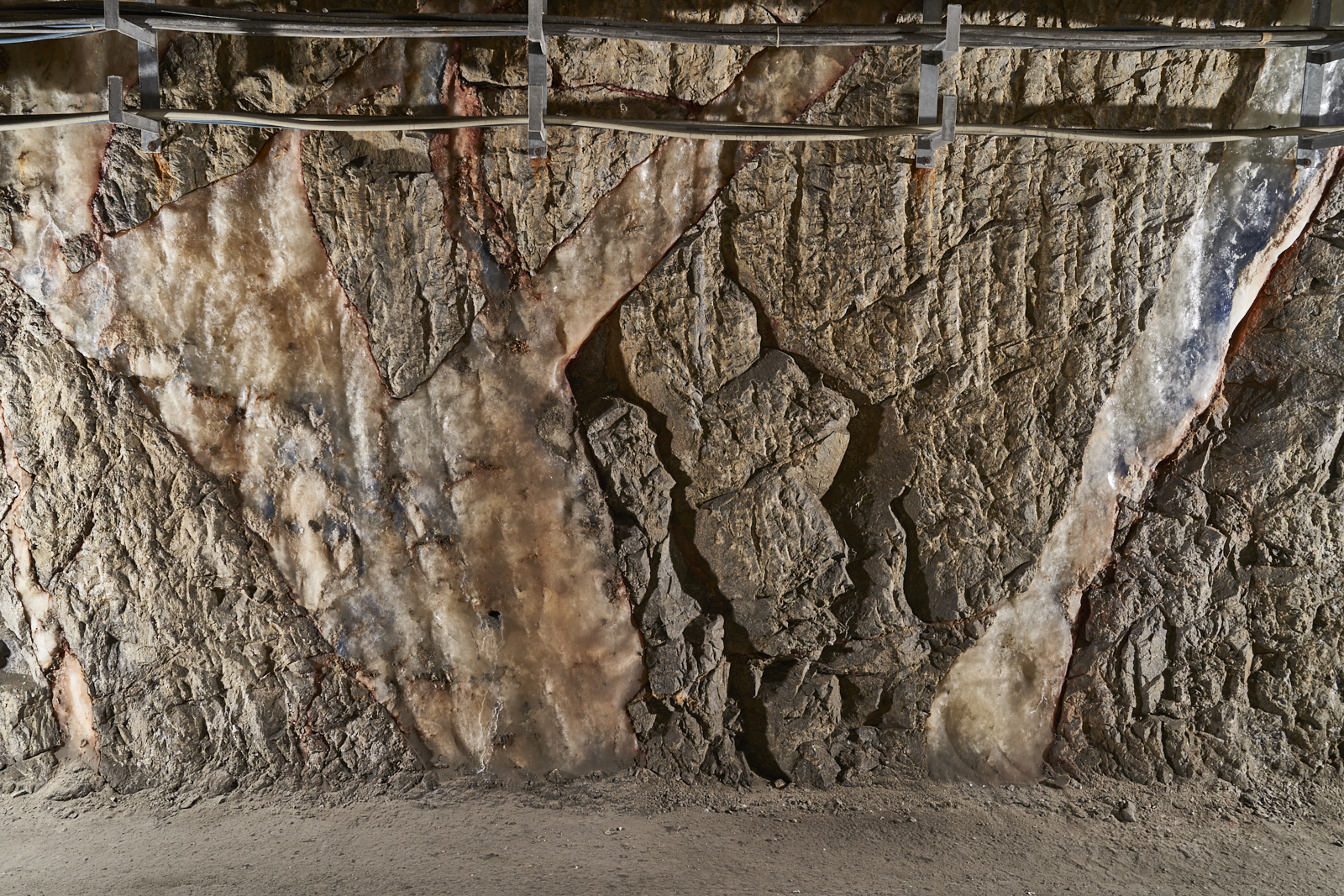 Today, anhydrite rock is present in the salt structure in the form of individual blocks separated by salt. This rock serves to support the salt.