Prevention of mining hazards in the central part

In order to safely decommission a warning system based on explosives, it was necessary to carry out a final detonation of 10 kilograms of explosives. In the past, the warning system served to warn the mine’s workforce in the event of an emergency. During the detonation, around 4,000 tonnes of salt fell from the ceiling – known as the roof in mining terminology – onto the floor of an old, sealed-off mining chamber. The tremors could even be felt in people’s houses in Morsleben.

For experts, the incident came as no surprise. The geomechanical weaknesses in the central part of the pit were well-known and were subject to constant monitoring. Experts were already discussing plans for stabilisation.

The mining authority responsible issued an order to act quickly to stabilise the central part of the repository. This resulted in the measure referred to as the “prevention of mining hazards in the central part”, which had a transformative impact on operations over subsequent years.

In mining, there are various ways of backfilling cavities for the purpose of stabilisation. To enable rapid implementation of the measure and therefore the achievement of a load-bearing effect from an early stage, the experts decided to introduce a pumpable, self-curing construction material. The special concrete introduced consisted of rock salt, cement, stone coal filter ash, lime dust, a small amount of sand, and water. As the main additive is rock salt, this material is also known as “salt concrete”.

So that the salt concrete could be introduced into the Bartensleben pit in the necessary quantities, a large infrastructure programme was needed in order to develop the first to third levels. Until that point, only the fourth level of the pit had well-developed infrastructure: it was from this level that the salts were brought to the surface until 1969, and the level was subsequently used for final disposal.

In total, over 1,000 metres of existing mine galleries were expanded from a small cross section that was only passable on foot to a size that was suitable for vehicles. It was necessary to completely recreate 1,250 metres of galleries. Two of these galleries – in this case, slightly inclined underground passages – connect several levels with one another so that it is now possible to travel across all levels by vehicle.

Another key aspect of the infrastructure programme was the plant technology needed for pumping operations. Pumps, pipework and fittings were installed both above and below ground.

The corresponding mining chambers were prepared before backfilling began. All accesses were to be tightly sealed in order to prevent the uncontrolled spread of salt concrete within the pit. The preparatory work concluded with the drilling of targeted backfilling boreholes, which was a challenging undertaking for the mine surveyors and miners alike. These boreholes had to be positioned so that at least 70% of the ceiling surface of the mining chambers had a connection to the salt concrete. This was necessary in order to achieve the greatest possible stabilisation.

In September 2003, less than two years after the collapse of 4,000 tonnes of rock in the central part, the miners began backfilling the first mining chamber, excavation 1a on the third level. Half a year later, the chamber had been filled with 26,165 cubic metres of salt concrete.

This was followed by a further 26 mining chambers by February 2011. In total, around 935,000 cubic metres of salt concrete were introduced in this way – compared with the previously calculated volume of 935,119 cubic metres for the 27 mining chambers. The degree of backfilling is therefore over 99%.

The work was an enormous undertaking in engineering and mining terms, and allowed considerable experience to be gained in the handling of salt concrete as a construction material. At the same time, this experience provides technical proof that the planned backfilling of cavities is feasible as part of decommissioning (see Unwanted change: stabilisation measures for decommissioning).

The accompanying operational geotechnical monitoring has demonstrated that the aim of stabilising the central part of the Bartensleben pit has been achieved and that the Morsleben repository can be operated and decommissioned safely. 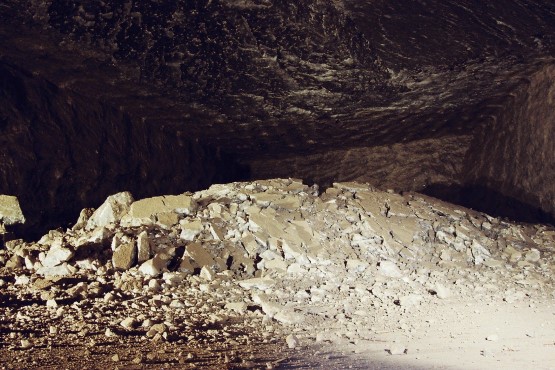 Around 4,000 tonnes of salt broke away from the roof of a mining chamber and fell to the ground 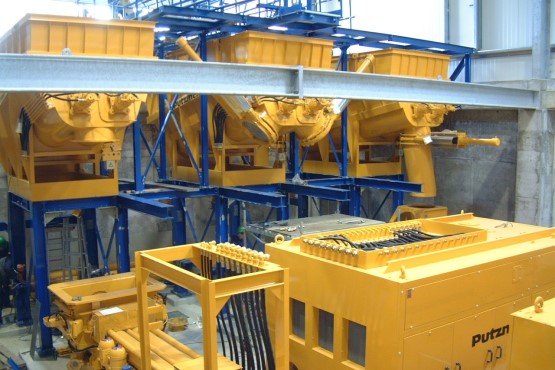 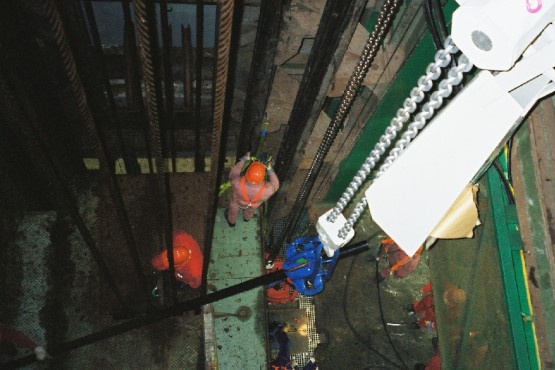 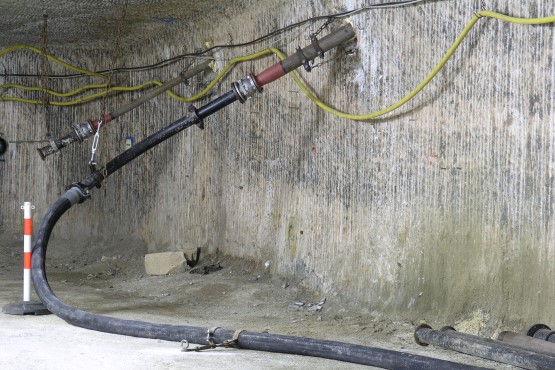 Using precise boreholes, the pipes for backfilling were attached at the highest points of the mining chambers