3 November 2017: Update on the fact-finding work

On the occasion of the 52nd meeting of the Asse 2 Advisory Group, which was held on 3 November, the BGE presented an update on the fact-finding work performed with respect to emplacement chamber 7 (ELK 7) on the 750 metres level.

The fact-finding work started in June 2012. Its aim is to obtain important data on the atmosphere within the chamber and the condition of the emplacement chamber so that the retrieval of the waste can be planned.

In ELK 7 on the 750 metres level, the radioactive waste contained in “lost concrete shielding” (package with a sheathing layer of cement mortar) was at first vertically stacked. Later on, more waste containers with and without sheathing layer were dumped into the chamber. The chamber was mostly backfilled with salt afterwards. In 1982, a seal was installed in the upper part of the emplacement chamber, which was supposed to shut the chamber permanently. During the fact-finding work, holes were drilled into this seal. The seal has a length of 20 metres and consists of different materials.

Seven drillings have been performed as yet. An eighth drilling is currently being realised. The major results of the drillings can be summarised as follows:

The hydrogen content of 5,000 ppm (parts per million) is far below the lower explosive limit of 40,000 ppm. There is roughly 10 percent oxygen and 90 percent nitrogen in the chamber atmosphere.

The present results of the fact-finding work will not impede a retrieval of the waste. Any new findings will be considered in the current retrieval planning. 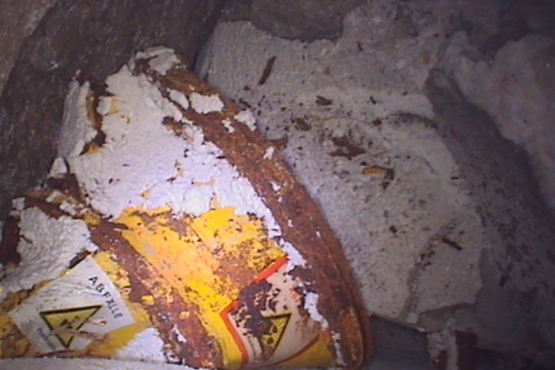 A damaged and corroded waste drum in emplacement chamber 7. 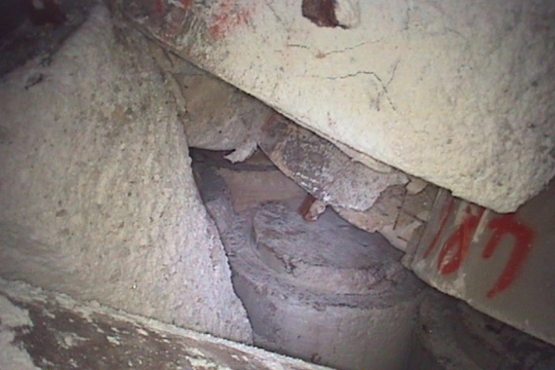 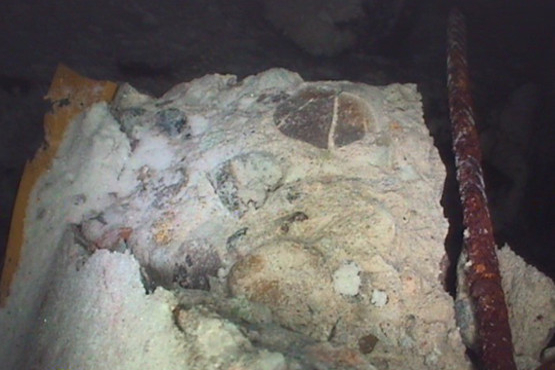