The work of the mine surveying team: pits, boundaries and geodata

The members of the mine surveying team play a vital role in the comprehensive monitoring of stability in the Morsleben repository. Their main task is the regular measurement and documentation of movements in a mine in order to record changes in the mine cavities. The technical term for this is geomechanical monitoring.

A traditional practice with modern applications

The age-old practice of mine surveying continues to play a vital role in modern mining. Traditional mine surveying was the origin of modern geodetic surveying.

The occupation of the mine surveyor existed as far back as the Middle Ages. Like their modern counterparts, the mine surveyors of the time were also tasked with surveying open-cast and underground mines, defining boundaries and assigning mining districts to different mining operators. They also drew up the first mine plans.

From site exploration, planning and operation to renovation and the post-mining phase, mine surveying is involved in all stages of mining – and is in greater demand than ever. Mine surveyors record and process a large volume of geodata and use this data to create digital 3D models, for example. These models also reflect the future of mining, because they allow rock to be dealt with in a particularly targeted manner. They also serve as a planning aid when it comes to the environmentally friendly and resource-efficient decommissioning of the Morsleben repository.

One specific example is the measure for the “prevention of mining hazards in the central part” of the Morsleben repository. Geomechanical monitoring in Morsleben is to thank for the fact that a damage process in the central part of the Bartensleben pit was detected at an early stage and halted. This process was caused by the large total volume of open drifts and chambers in the mine workings and the long service life of the large mining chambers. High-quality rock salt was mined in the Bartensleben pit until 1969, leaving behind mining chambers with cavity volumes of up to 140,000 cubic metres.

As part of the project for the “prevention of mining hazards in the central part”, extensive stabilisation work was carried out from 2003 to 2011. Miners backfilled 27 mining chambers in the central part with salt concrete, and the entire process – from the planning to the subsequent long-term monitoring – was accompanied by the mine surveyors.

In summary, mine surveying is involved in every aspect of mining and allows deposits to be exploited in a safe and sustainable manner. The work produces an extensive volume of geodata relating to the planning, management and documentation of mining operations. The data is also used by the mine surveyors to derive a modern mine plan of the Morsleben repository. This plan is provided to the relevant mining office, in its capacity as the supervisory authority, twice a year. 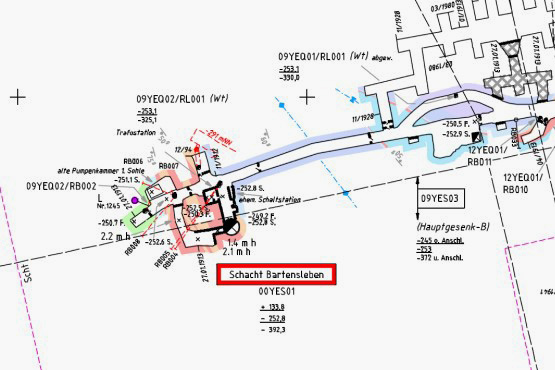 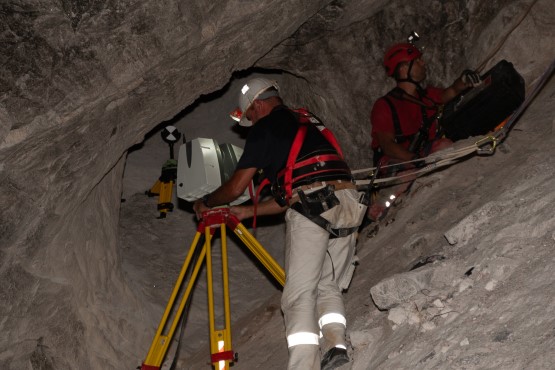