This Tuesday, the normal operation of the Asse II mine could be fully resumed after having replaced a rope successfully. It had become necessary to replace the rope after it had been detected in the process of testing the old rope on 20 May that the rope's interior was damaged.

Thereupon, man haulage at the main shaft was stopped immediately. Stopping man haulage meant a considerable restriction for the Asse-GmbH, since only part of the workers could enter the mine. All safety-relevant works, such as the collection and pumping-off of influent brines and the control of the mine workings, continue to be carried out, however.

Once the old rope had been removed, a spare rope that had already been available on the premises, could be installed after its material had been checked. A special towing wire had to be installed for this work. Only after the rope had been installed, could the tests required to resume operation be carried out. These confirm the complete operability of the man haulage device in the main shaft. The consulted experts of TÜV Nord subsequently issued the clearance certificate for the new rope last Friday. The early shift could enter the mine as usual after Pentecoast. The mine can be visited again with immediate effect. 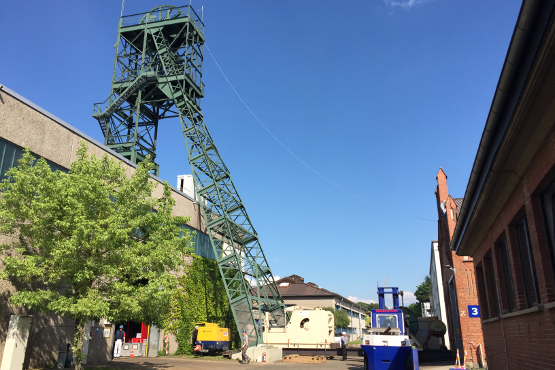