28 November 2017: 700 metres of electric cables fell from the ceiling at a construction site in the Konrad mine

Nobody was injured in the incident. Dr. Jan Tegtmeier, operations manager, reported the incident immediately to the mining authority of Lower Saxony (LBEG). “The BGE learns from this incident that quality assurance must always be strictly implemented, even in the case of temporary installations”, said Dr. Thomas Lautsch, Technical Director of the BGE. The BGE would now look more closely at any “interim conditions” in the construction phase and find better solutions.

In the Konrad mine, the BGE currently constructs the repository for radioactive waste with negligible heat generation that was authorised in 2007. The incident happened in a part of the mine where the infrastructure facilities for the future repository are being built. The staff currently works in four shifts in the Konrad mine. 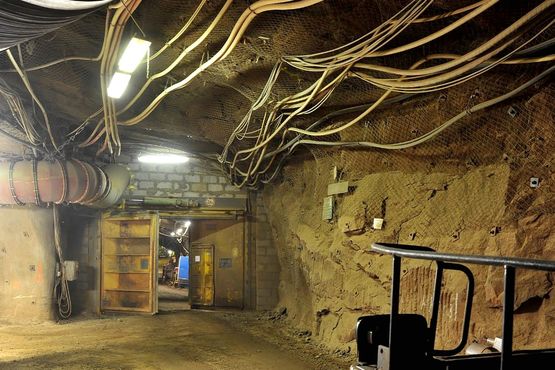 Power supply lines in the Konrad mine