12 September 2017: Smoke emissions underground in the Asse II shaft mine

On Tuesday afternoon around 16:35, an incipient fire started at the 637 metre level of the Asse II shaft mine. The occupants of a tour vehicle discovered sparks flying from the vehicle. They were able to extinguish the fire with the fire extinguisher brought with them in the vehicle before it could cause more serious damage. They reported the incident to control at around 16:38.

Because of the smoke emission, the mine had to be evacuated as a precaution. By 17.05, there was no-one left underground. Subsequently, a mine rescue team in protective clothing and with breathing apparatus entered to declare the mine safe again. The mine rescue team announcement “fire extinguished” (no personal injury) came at 17:19. Around 18:15, mining operations were resumed following weather-technical clearance. Machinery operatives will investigate the vehicle to find the cause of the fire. The cause has not yet been explained.

As well as informing the management of the Bundesgesellschaft für Endlagerung (BGE) about the incident, Asse-GmbH also informed the Federal Office for the Safety of Nuclear Waste Management (BfE) as oversight authority. In addition, the state mining office is being kept up to date. Asse-GmbH classified the incident for immediate reporting to the nuclear inspectorate.

The tour vehicle damaged by fire on 12 September 2017 was transported to the motor vehicle workshop at the 490 metre level so that the cause of the fire could be established. In the workshop, a leak in a screw connection between the Diesel Common Rail (distributor pipe) and an injection nozzle cable was found. The escaping diesel fuel ignited because of the temperature in the engine space.

The following measures were taken as a precaution against a recurrence:

The measures are currently being implemented. 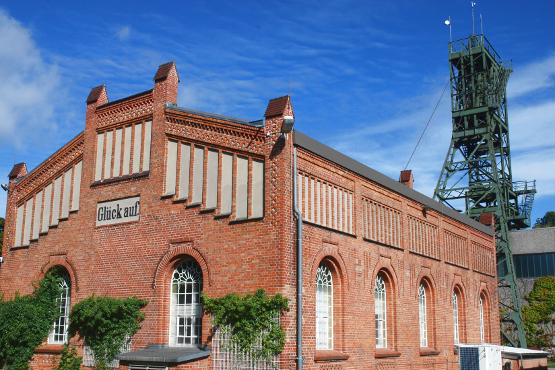 The Asse II mine