The Gorleben mine is to be closed. After the Gorleben-Rambow salt dome was not identified as a sub-area in the Bundesgesellschaft für Endlagerung’s Sub-areas Interim Report at the end of September 2020, the site was eliminated from the remainder of the repository search. Since then, the Bundesgesellschaft für Endlagerung (BGE) has been studying various options for further action in Gorleben. The Repository Site Selection Act (StandAG) explicitly rules out further use of the mine as an underground salt laboratory. Accordingly, the BGE has decided to close the mine. On Friday, 17 September 2021, the Federal Ministry for the Environment, Nature Conservation and Nuclear Safety (BMU) awarded the BGE the contract to close the mine.

A new start to the repository search

With the passing of the Repository Site Selection Act (StandAG) in 2013, the exploratory work in Gorleben was discontinued. The Gorleben site was treated like any other potential site in Germany within the framework of the site selection procedure. Following the application of the geoscientific consideration criteria, the Gorleben salt dome did not become a sub-area in accordance with section 24 of the Repository Site Selection Act. This means that section 36(1) sentence 5 number 1 of the Act applies and that the Gorleben salt dome is therefore excluded from the selection procedure. Accordingly, the Gorleben salt dome will not be considered in the proposals for siting regions in subsequent work by the BGE.

The BGE has prepared an interactive background report that sets out why the Gorleben-Rambow salt dome was not designated as a sub-area even though it meets the minimum requirements for a potential repository site. The report can be found on this page. Further details on the elimination of the Gorleben salt dome from the site selection process can be found in a separate report that was published alongside the Sub-areas Interim Report. Moreover, there are two further documents that set out the BGE’s interpretation of the law in relation to the Gorleben-Rambow salt dome.

After the first examination of the geological data, it was already clear that the salt dome could not meet the requirement of being the site with the best possible safety for a million years. The Gorleben-Rambow salt dome was rated as unfavourable on all three indicators for the geoscientific consideration criterion from annex 11 to the Repository Site Selection Act, which is known as the overburden criterion. Unlike in other salt domes with the same evaluation, these unfavourable statements relate to a relatively large area of the salt dome. In other salt domes, they relate only to small areas that are located very close to the ground surface, for example, or have direct contact with the most recent sediment layers of the Quaternary and must therefore be assumed to have contact with water-bearing strata.

From keeping the mine open to closure

On 29 July 2014, the federal government and the state government of Lower Saxony agreed that not only the mine openings that had been kept in operation but also the surface installations would be scaled back to the size needed to keep the mine open. In addition, the safety installations would be reduced to the level of a normal industrial facility. Underground, the areas that are no longer needed in order to keep the mine open have been decommissioned and sealed off. Machinery and vehicles that are no longer needed have been brought above ground and withdrawn from service.

Above ground, the size of the mine site has been reduced considerably, and the mine infrastructure has been adapted. Buildings and facilities that are no longer needed purely to keep the mine open have been dismantled, while the building that houses not only the changing facilities but also the administrative offices and the Gorleben mine archive will continue to be used until the time of closure.

In 2019, all but a few sections of the surrounding wall were removed and the downsized facility was surrounded with standard industrial fencing.  One section of the wall was retained in response to calls from the region. It will be for local politicians in the Lüchow-Dannenberg district to advise on whether and how it can be preserved in the long term. 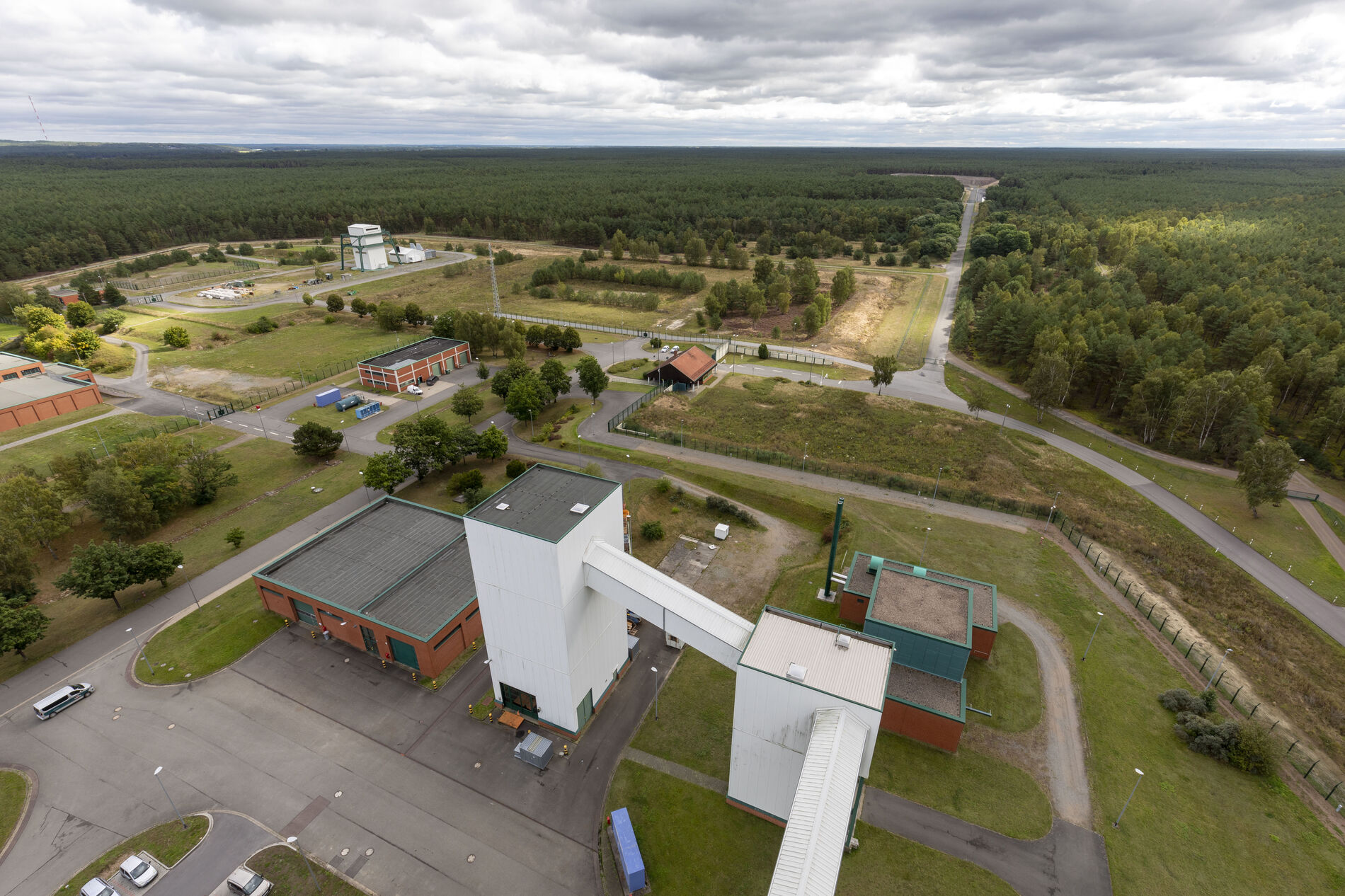 Public relations work at the Gorleben site has been discontinued. If you have any questions about the Gorleben location, please contact the BGE in Peine.